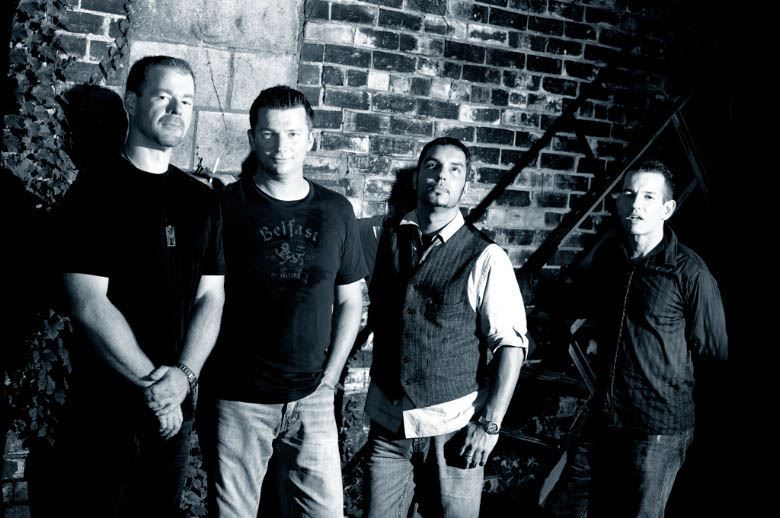 This energetic band from Toronto, was formed in the spring of 1994. This talented four-piece has established a strong following with their wide selection of cover material as well as an ever-growing repertoire of original songs.

The band’s strength lies in its powerful live performances, highlights of which include tight vocal harmonies, a driving rhythm section and explosive guitar riffs. The band draws on a wide range of musical influences (including The Beatles, Pink Floyd, Green Day, and The Tragically Hip) and exhibits quality musicianship spanning a broad spectrum of musical styles ranging from early 50's & 60's rock, to classic rock, R&B  and current Top 40.

The Dawgs’ first demo, recorded at Inception Sound Studio in Toronto, was released early in 1995. The three-song demo featured some fine examples of the band’s powerful original material, which didn’t take long to get noticed by the local media. In the summer of 1995, A Better Man was recognized by three prominent Toronto-area radio stations’ talent searches: Q107, Mix 99.9, and 95.3 (Y95) FM in Hamilton. The song placed in the top 40 at Q107, top 20 at Y95, and top 10 at the Mix. During this time, the band could also be seen performing on the CITY-TV programs Breakfast Television and Lunch Television.

After winning a grant from F.A.C.T.O.R. (Foundation to Assist Canadian Talent On Record), the band continued recording material at both Inception Sound and Number Nine Sound in Toronto. In early 1998, their first CD entitled "Are You There" was released. The songs on this disc represent a diverse selection of musical styles, from melodic (Love Turns Me On, Standing In The Way) to all-out rockers (Lucy Forgot Me, Gravitational Love) and demonstrate the band's penchant for strong melodies and driving rhythms. In the summer of 1997, the Dawgs once again placed in the top 10 of The Mix 99.9's talent search with Love Turns Me On. Talk about consistent!

With strong original material and an entertaining live show under their belts, The Dawgs prove they can deliver both in the studio and on stage. You can catch them live on a regular basis at several clubs around the GTA, including London Pub in Richmond Hill, The Harp & Crown in Pickering and Frank & Stein's in Guelph.